Buying a solar power storage unit: What features to consider

For homeowners, the space requirements of a solar power storage unit is usually not a problem. In addition, there are also very compact models available. Most solar power storage units are installed inside the building; therefore described as indoor systems. The ambient temperature of the installation location should be between 15 and 25°C.

The required storage unit capacity strongly depends on your consumption behaviour, the size of the household and the output of the PV system. With a smaller storage unit, you can optimise the self-consumption of the photovoltaic system; you use as much as possible of the generated solar power. A larger solar power storage system offers you more flexibility and independence from the electricity supplier. When calculating the required storage battery capacity, the expected energy consumption should therefore also be considered. 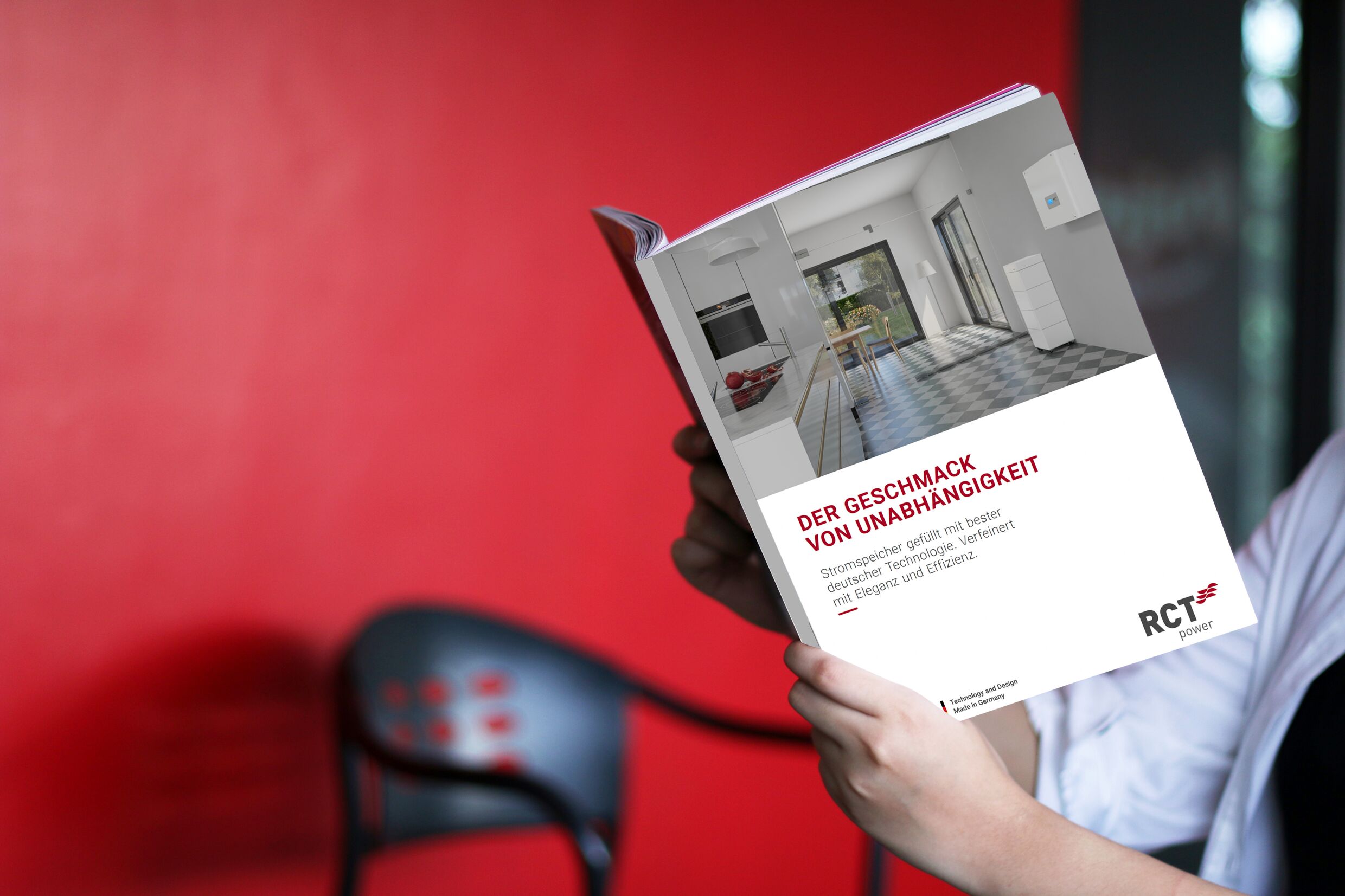 If you attach importance to long service life and high efficiency, you should purchase a solar power storage unit based on lithium iron phosphate technology. RCT Power uses this cell technology, namely an extremely safe and environmentally friendly LiFePO4 battery. The cycle stability of this battery is excellent. Even after years of use, the batteries will retain a high capacity.

Next to a simple and conventional charging strategy where the solar power storage unit is charged when the sun is shining, a more intelligent forecast-based charging strategy has been developed in the meantime. It calculates the optimal charging times for the storage system based on weather data and previous consumption patterns. In simple terms, the battery is charged later during sunny weather so that it reaches its desired state of charge later. At the same time, the amount of excess solar energy that is fed into the public grid at midday is reduced. Losses due to active power reduction are thus avoided.

Conclusion: Buying a solar power storage unit pays off for you and benefits the environment

Electricity storage systems play an important role in the energy transition. They are a key component of a decentralised power supply. State subsidy programmes promote the uptake of these systems. When buying a solar power storage unit, you should consider parameters such as efficiency, battery technology and charging strategy. It will help you to enjoy the benefits of your solar energy storage system for a long time. Our specialist partners will be happy to advise you.