RCT Power's bigger power storage system has now also achieved a ranking at the very top. After last year’s top spot for the 5-kWp system, the 10-kWp system has managed to catch up in 2021: it is the most energy-efficient system on the market. This is revealed in the energy storage inspection published on 14 June by the University of Applied Sciences (HTW) Berlin.

For the past four years, researchers at the HTW Berlin have evaluated and compared the efficiencies of energy storage systems in their annual inspection. In 2020 the inspection was diversified: A category for 10kWp systems was added to the existing 5kWp system category. In 2021, 20 PV storage systems from 15 different manufacturers were examined. 13 of the 20 systems were in the category 10kWp.

RCT Power provided two of its systems for the inspection. In the category 10kWp, it not only surpassed the competitors to top the table but also set a new record. The RCT Power Storage DC 10.0 with the RCT Power Battery 11.5 achieved a System Performance Index (SPI) of 95.1 per cent, which is the highest system efficiency recorded in all of the energy storage inspections conducted to date. The SPI includes all energy loss factors of the storage system and provides realistic indicators for the performance of the systems.

Thomas Hauser, Managing Director of RCT Power GmbH, explains in an interview why
the results of the inspection are important for his company:

Mr Hauser, your 10kWp power storage system has now also been selected as the test winner in the energy storage inspection. Are you satisfied?

Absolutely. It is a great result and a recognition of our development work. Our systems are becoming more and more efficient. It is shown in particular by the absolute record we could set with our 10kWp storage system. Never before in the four years, the HTW Berlin has been conducting the inspection has a system achieved an efficiency of 95.1 per cent, like our RCT Power Storage DC 10.0 with the RCT Power Battery 11.5 did this year.

This explanation is falling short. Essential factors for high energy efficiency, as the HTW Berlin also emphasises, are primarily low conversion and stand-by losses of the entire storage system. A high battery efficiency alone is no guarantee for a highly efficient storage system. Our product achieves a new best value. The average conversion efficiency in discharge mode is 97.6 per cent. Added to this are low stand-by losses. A fast response time is, of course, also important. Here, our system needs just 7 tenths of a second to settle in. Every watt that you can self-generate and don't have to draw from the public grid is beneficial.

RCT Power participated with a second product in the 5kWp category. How did it perform?

That is correct. We participated with the RCT Power Storage DC 6.0 with RCT Power Bat-tery 7.6 in this category. It came in fourth. That doesn't initially look like a good achieve-ment. However, a closer look at the inspection results shows that our system was very close to the test winner.  In 2020, a similar storage system, consisting of the RCT Power Storage DC 6.0 and the RCT Power Battery 11.5, was the test winner in the 5kWp category. It shows that our storage systems in the 5kWp category are also highly energy-efficient.

The power storage market has become more competitive. In the summary of the inspection report, HTW Berlin speaks of a significant overall improvement in the storage systems. How was RCT Power able to assert itself against the competition?

Our advantage is that we design and manufacture the complete storage system. Both the battery and the inverter are from RCT Power. As a German manufacturer, we offer a complete and perfectly coordinated system. We have a strong team with a lot of experience and a focus on innovation, and we believe in the importance of solar energy for climate protection. We also enjoy the trust of our customers because our systems do what we claim they do. They perform even better. It was confirmed during the energy storage inspection. The data we submitted were checked in the laboratory test. It emerged that our two systems exceed our stated usable storage capacities.

For many of the manufacturers participating in the inspection, it is the other way round. 11 of the 20 systems showed weaker performance than stated by the manufacturers, as the laboratory test by HTW Berlin revealed.

It is a fact I cannot understand, and it seems rather counterproductive to me. RCT Power deliberately commissioned the renowned AIT (Austrian Institute of Technology) in Vienna to carry out the measurements on our participating systems following the HTW efficiency guidelines and could therefore obtain the data for the HTW Berlin datasheet externally. The institute has been conducting tests in the field of photovoltaics and power electronics for many years. Participating in the energy storage inspection was very important to us as we wanted to find out where we stand in the marketplace. It is only possible with honest data. Transparency and trust are our top priorities. Our customers can rely on RCT Power.

Is that your winning formula?

Yes, that is certainly one of the reasons why we have a 3 per cent market share in Germany by now. Our motto is: we grow sustainably - and sometimes we surpass ourselves. Many of our competitors are backed by large corporations. RCT Power, on the other hand, is a medium-sized company with a great and very experienced team. It builds and maintains long-term customer relationships and attaches great importance to personal customer service. RCT Power is not yet among the biggest players in the market, but it is among the best. 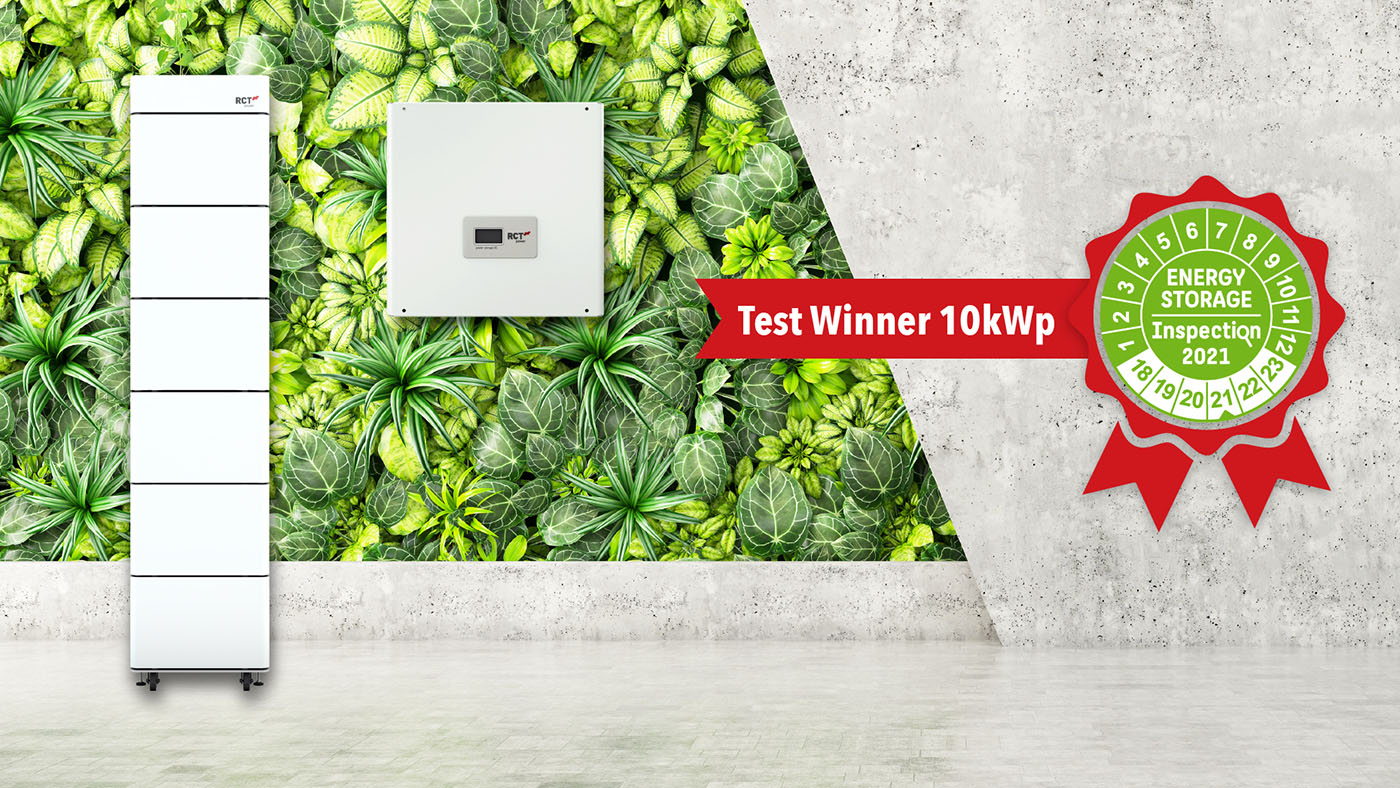 The HTW study can be found at: pvspeicher.htw-berlin.de/speicher-inspektion-2021/